Operators overcome a myriad of challenges while removing 25 yards of concrete from sewer system.

When concrete slurry poured into sewer mainlines in a coastal condo development near Los Angeles, the crew had no idea they were about to block all the sewage flow from nearby Marina del Rey.
During ground stabilization work on the development, the general contractor bored into an unmarked sewer line. After unknowingly piercing the 10-inch line, the crew proceeded to pump a mix of cement and natural aggregates into the ground under pressure. It wasn't until they had already poured more than 25 cubic yards of the slurry mix into what they thought was just very aerated soil that the mistake was realized. The slurry flowed into adjacent 15- and 18-inch sewer lines, hardening into an impassable blockage between the marina and the wastewater treatment plant.

The contractor struggled to find viable solutions short of complete replacement — which would have meant redoing stabilization work and essentially starting the project from scratch, not to mention the inordinate effort of replacement itself. Eventually, a call was made to Pacific Sewer Maintenance in hopes that its new high-pressure jet cutting system from IDTec could provide a quick fix.

But there was one catch: The company had only taken delivery of its new truck a day before. The team was mostly untrained and completely unpracticed on the equipment. "We had received almost no training by the time we got started because the training was meant to commence following the commission of the truck," says Scott Gayman, owner of Pacific Sewer Maintenance. "But the contractor understood that; we were absolutely clear with them." Luckily, as Gayman says, "the equipment itself is fairly straightforward — not terribly difficult to learn. The thing that takes awhile, as with all equipment, is learning finesse."

An unknown system run by an inexperienced team may seem risky, but site factors ruled out other options, including complete replacement, and compounded the need for a better solution. 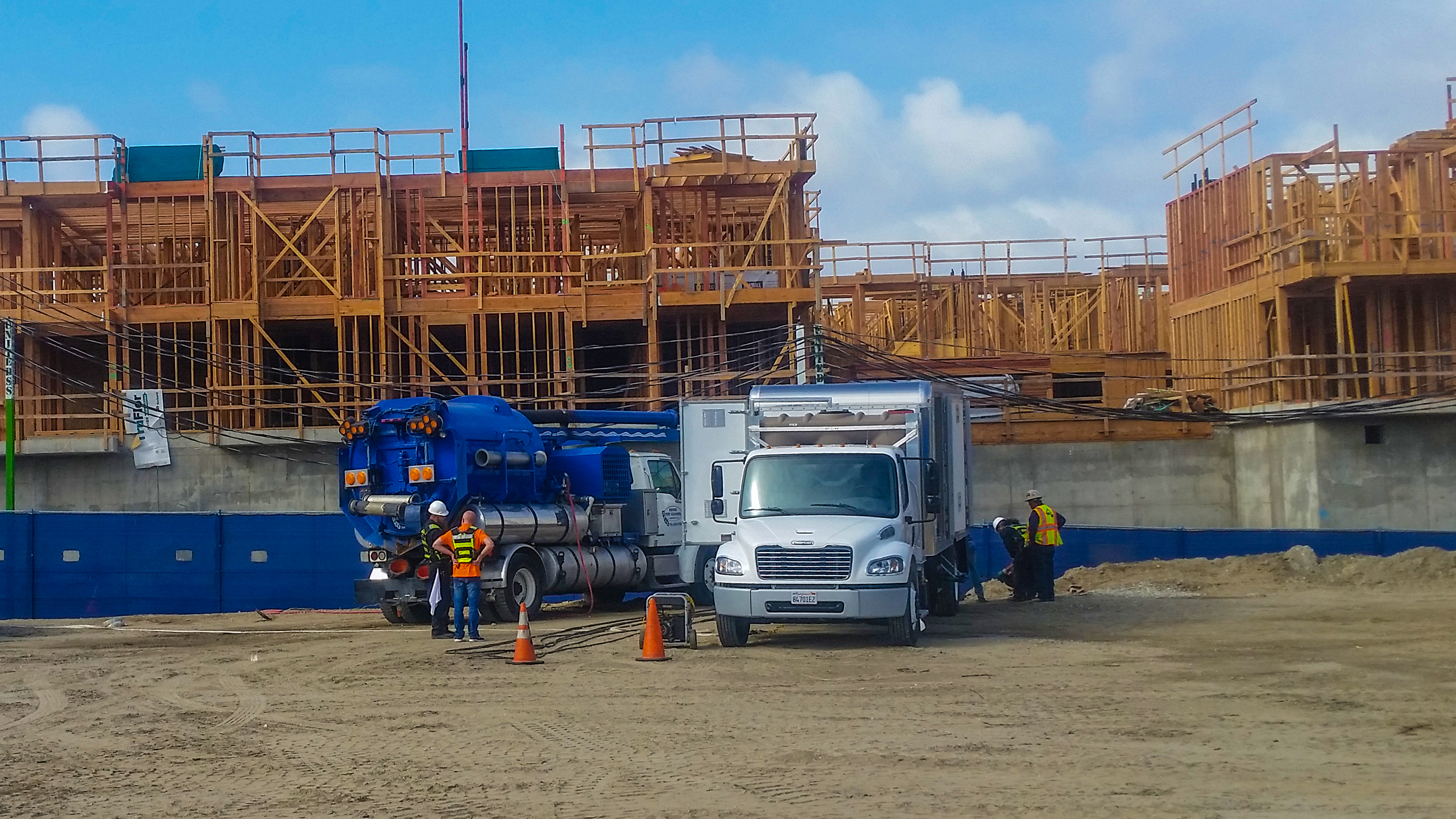 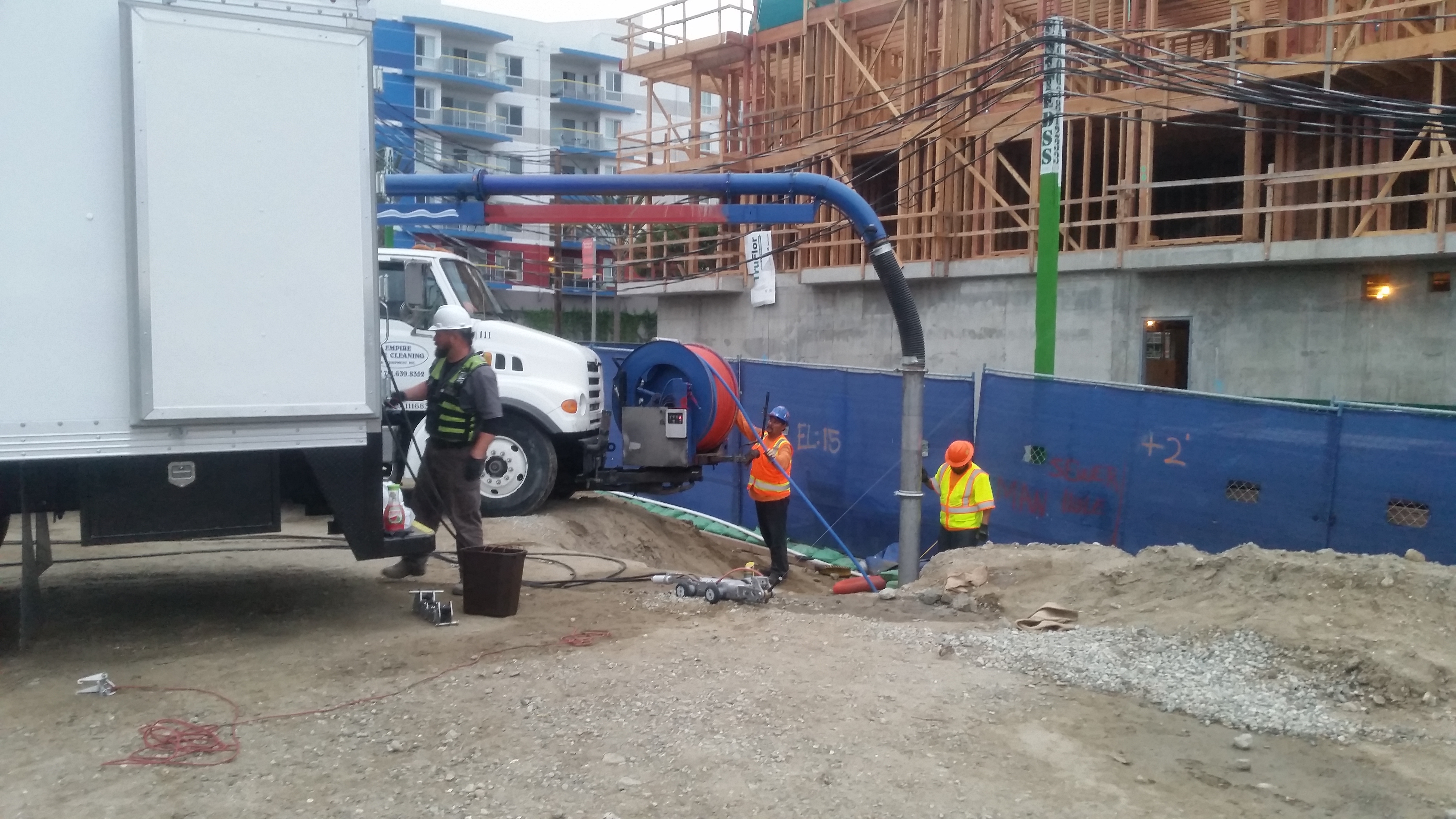 With only one other system of its kind in the U.S. at that time, the jet cutter was an unknown, but after a demonstration, the contractor was willing to take a leap of faith. The job provided many challenges and learning experiences for the fledgling crew, including obstacles of the bay area sewer system. “The pipe itself is under sea level most of the time, so it’s regularly got salt water flowing through it, and we’re working in a very harsh environment,” Gayman says. Geography wasn’t the only tricky factor: Four bypass pumps shared the manhole they were working out of. “We were at a manhole on the far end of the obstruction, trying to get the cement removed upstream from the manhole we were at while all of the pumps were also running inside the manhole,” Gayman says. The Pacific Sewer Maintenance team wasn’t even the only crew working out of the manhole because the process required a separate cleaning crew to remove the concrete once it was broken up.

Crews alternated first breaking up the concrete with the jet cutter and then using a Vactor to suck up small debris while a catch basket in the manhole took care of larger chunks. Some pieces were too big even for that, so workers had to maneuver them out manually using hooks and other tools attached to long poles. “Once we kind of got into the work and became a more cohesive unit, the job became much easier,” Gayman says. 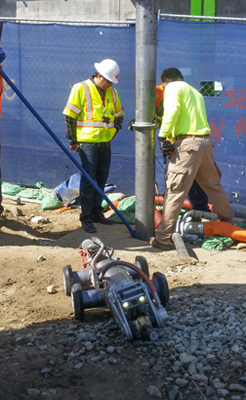 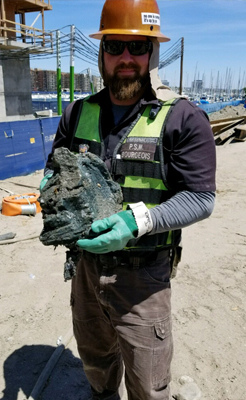 While concrete spills aren't an everyday issue for utilities, they aren't uncommon, either. Historically, there has been no way to remove concrete from pipelines, leaving only two options: complete replacement — a costly and time-consuming prospect — or do nothing.

"It's an unsolvable problem without digging, so until they can get a better solution, which is what we hope to do, they just have to do regular service on it and hope everything works out," Gayman says. "They can't do anything about it, and it just becomes part of the system." One such blockage that had been "part of the system" for four years in a neighboring town was cleared easily with the 14,500 psi jet cutter. That job took only three days.

Since taking delivery of the truck in April, the company has used the system on three contracts, and it is already planning on purchasing a second truck to expand service to northern California, possibly farther. Gayman says he anticipates using it for everything from root removal and calcium deposits, to lateral reinstatement and lining prep.

Though untrained, Gayman and his team successfully cleared all the concrete from the Marina del Rey main, earning approval not only for a growing segment of their business, but also for a promising new solution in the sewer cleaning industry. "Once the process becomes really known, we feel that there's going to be a high demand," Gayman says. "It is something that is more common than you hear about, but it's been one of those unsolvable issues — up until now."